This masterly piece of research uncovers an alarming degradation of American technological supremacy which is potentially fatal, given the international forces that are elbowing their way toward world dominance. Bruce reports on issues concerning Rare Earth Elements (REEs) and Thorium: both issues intertwined. The author clearly has the background that allows her to encompass with profound understanding the many fields involved in the collapse.

Her book is no soporific trudge through only figures, facts and charts but folds into these as well the personal experiences of those who have been devoting their lives to holding back the collapse. The book reads like a James Bond novel; a page turner. One feels the frustrations of the principals, cringes at their professional and familial risks and hopes, as one does when glued to the silver screen…that all ends well.

An early sign of the cultural decay that has led to this situation popped up with the sale of the entirety of the U.S. chromite reserves gleaned from the Stillwater Complex in Montana to…foreign investors. This was done under the Nixon administration. The same policies continue today as witness the abandonment to the Peoples’ Republic of China those resources critical to the defense of the nation: Rare Earth Elements (REEs).

China has also assumed the role of bringing online a nuclear reactor concept invented and successfully run in the US ages ago: the Molten Salt Reactor. This reactor was not pressurized hence could not fail like Three Mile Island or Chernobyl, was load following, could never go supercritical and…could ‘burn’ its own radwaste and that which has accumulated elsewhere and is the technology by which to exploit thorium reserves. This brings it straight in line with the REE problem; they are strongly related.

The Chinese have made clear that pursuit of this technology will free the world of carbon fuel dependencies and the environmental disaster that awaits us with its continued use. Let the Chinese run with it then. All the more power to them. The MSR program was abruptly terminated in this country by Nixon at the request of those manufacturing the reactors in use today: a 1950s design for use in submarines. The MSR severely threatened their investment. We have suffered greatly for the welfare of their coffers.

For those concerned with these issues, Sellout is a required text.

Alan Rice received his doctorate from Columbia University with an emphasis on nuclear physics but moved off into other fields such as astronomy, astrophysics, geophysics, oceanography and environmental sciences. 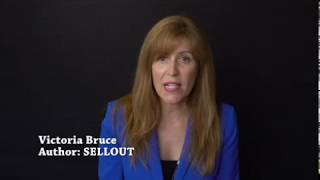